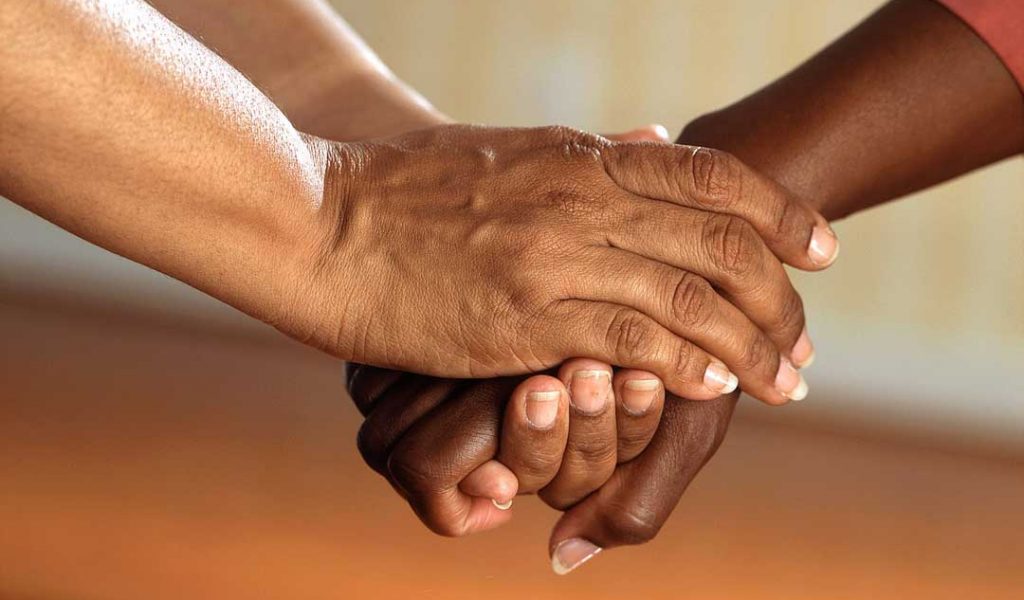 Fay Harris on Being Involved in Her Neighborhood

It’s the weekly ritual for Fay Harris – get up on Saturday morning, drive down to Ohio City’s neighborhood farmers market for some fresh produce, and then slowly return home, “canvassing the neighborhood” as she makes her way.

If she sees a house that needs painting, she’ll stop and tell the owner about a program that can help cover the cost, and how to fill out the paperwork. If an elderly resident is struggling to care for their lawn, she’ll let them know about an opportunity that takes care of it for them.

It’s one of Cleveland’s most diverse neighborhoods – both ethnically and economically – and Harris has become recognizable to many. “But it’s not like I get home from work and go put on a super-cape,” she jokes. “I just know that lots of low income people hunger for information, and if I have it I like to help people get it.”

A chemist by trade, in her off-hours Harris educates herself about the community, its opportunities, and its politics. She’s a member of her block club, on the board of a local CDC, and serves on a resident-run committee that reviews grassroots grants through Cleveland’s Neighborhood Connections. She owns her home, and says her life is “well grounded.” Yet rather than focus on herself, she wants to share what she can with others who may not have as much. “I look at people as people, and I see that sometimes others have a wrong impression of someone who is low income,” she says.

Tom O’Brien, Program Director of Neighborhood Connections admires Harris’s perspective. “She really thinks about marginalized people – older adults and low income people who are often ignored – and has stepped up to reach out to them.”

Natural qualities like her “confidence and gregariousness,” he says, help her “approach someone and strike up a conversation – whether it’s at a meeting or in the neighborhood.” Or her ability to “transform anger into positive action” – which O’Brien says she uses to “take active steps to do something about a problem.”

Its problems like neighborhood foreclosure, where Harris felt homeowners were missing vital information about their rights. So to solve the problem she identified those who were at risk, and then placed information in their mailbox about a community organizing group that offered support.

When crime was an issue on her street, she helped to secure a small grant to install porch lights, went door to door to help people select the model they wanted, and then arranged for an electrician to install it. When some residents failed to turn their light on, she called the electric company to let them know how little the cost was, or “when they got weak, I’d stick a little note in their box to remind them to turn it on,” she says. Twenty-seven fixtures were installed, and the neighborhood saw a noticeable drop in crime.

Harris follows a principal that any time she learns something new, “the information is not mine to keep.” From the success of her street’s porch light program, she offered to help another block club write a grant for their own effort. And any time she shares information about a program, she says she always tells others to “share it with someone else who needs it.”

“It’s encouraging when someone calls me and tells me that they helped three people with weatherization.” she says. “When I hear them pass the information on to others, I know that people are turning their lives over for the better.”

Harris says her family was “poor” in her early years as her father developed his business. But she wouldn’t have known it because he was good at “maximizing the money,” and always made a point to “give back” something to others.

“He taught me that when you help people, it comes back around,” she says.

But Harris in not looking for payback. When she’s at the grocery store she might pick up a few staples for an elderly neighbor – but the return is always simple, and more valuable to her than money.

“I know that at that house there’s always a warm cup of tea to share – and an honest friendship.” 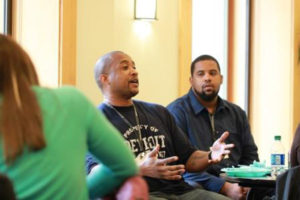 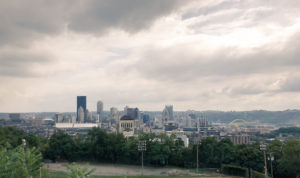 Making Change With Residents in Grantmaking 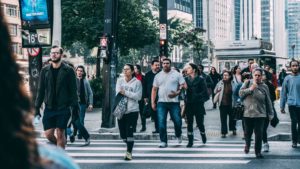 Bouncing Back: A Conversation about Community Resilience