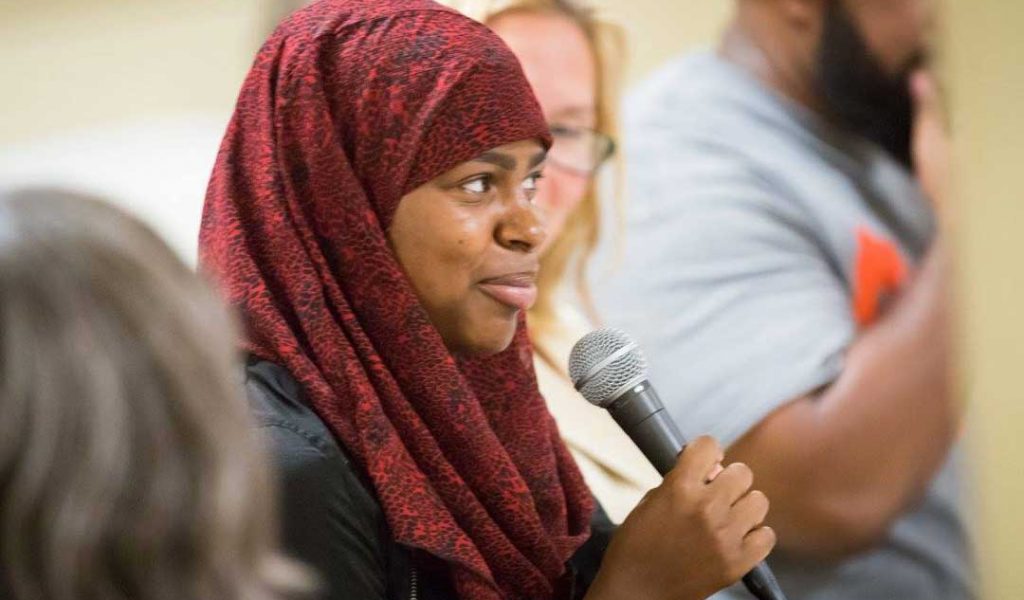 What do you do when you step in to manage an established resident-led grassroots grants program that doesn’t reflect the voice and interests of residents as well as it could?

That was Kathy Szenda Wilson’s dilemma four years ago, when she started her role managing the Battle Creek Community Foundation’s Yes we can! Neighborhood Grants program.

“There were people unrelated to the grant-funded projects making decisions for grantees, no term limits for grant review committee members, and very few policies and procedures,” she says.

Szenda Wilson wanted the program “never to be open to question,” and to reflect the highest level of “integrity” in the way that decisions were made around resident needs and interests. So in her new role, she set out to establish effective rules and guidelines for the program, changing the way the neighborhood grant review committee functioned – right down to starting over with a fresh grant application.

Many of the resident grant review committee members who had served on the committee since its inception “didn’t want to see it change.” But Szenda Wilson knew it was time to move forward. “I made decisions that were not always liked,” she says. “But I keep grounded by reminding myself that I’m doing things for the right reasons. I always made sure I kept solid relationships with people as we went, which helped.”

Some of the changes started with seemingly small things like a seating arrangement for the neighborhood grant review committee members when they met. Szenda Wilson observed that when her multiethnic committee sat down together it was “clearly divided by racial lines.” To capture the most fertile conversations and decisions, she wanted to see members interacting more freely, sharing ideas back and forth.

She imposed term limits, and had to roll some people off of the committee who had been there the longest. Some were able to move into other community roles that related to the neighborhood grant work, and one member was invited to serve on the Battle Creek Community Foundation Board of Trustees. She also established a policy that encouraged family members to serve on different committees to avoid the sense of “one voice – two seats.”

Then came the realization for Szenda Wilson that “more organizations were applying for our grants, and not residents.” She knew she wanted to “close the door” for those organizations to make projects “100% resident led” but admits that she didn’t quite know how to approach it.

“I was afraid of the backlash,” she says, “we had good relationships with a lot of these organizations but we really needed to put residents at the front.”

After three years of exploring possibilities, Szenda Wilson finally decided to make the grants available to residents only – a move which she says community based organizations responded to “really well.”

But this change itself revealed a new problem – that the Battle Creek Community Foundation’s neighborhood grant application didn’t effectively represent resident perspectives.  So she decided to start over and develop a new one from scratch.

With the support of a grant reviewer, a community outreach worker, and a community organizer, Szenda Wilson says, “we locked ourselves in a room” and began a process of reinvention.

“The application we had was a hodgepodge – bits and pieces from other places. We wanted something unique that answered the questions we needed answered and helped residents form their work,” she says.

Today Szenda Wilson is pleased that Battle Creek’s neighborhood grant program is free of any conflicts of interest, and better captures the vision of residents. But the process itself wasn’t always easy, and she admits that she sometimes needed to be “okay with not being liked.”

Even though there were times when she had to make tough decisions, she balanced it with plenty of gratitude for the hard work of her grant review committee, “creating the space” for them to be open and expressive of their ideas for the community.

Today, whether it’s the city manager or a community based organization, Szenda Wilson is willing to advocate for a resident-led approach in other institutions around Battle Creek.

“I feel it’s my job to be sure that resident voice is being heard when it comes to those tables,” she says. “I want to be a part of giving people the sense that they have power over their lives.” 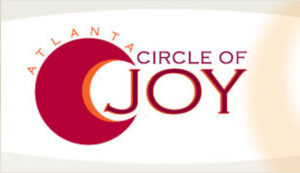 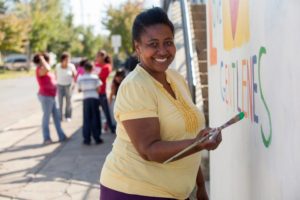 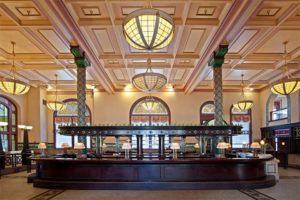 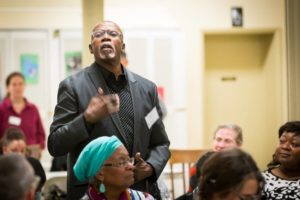