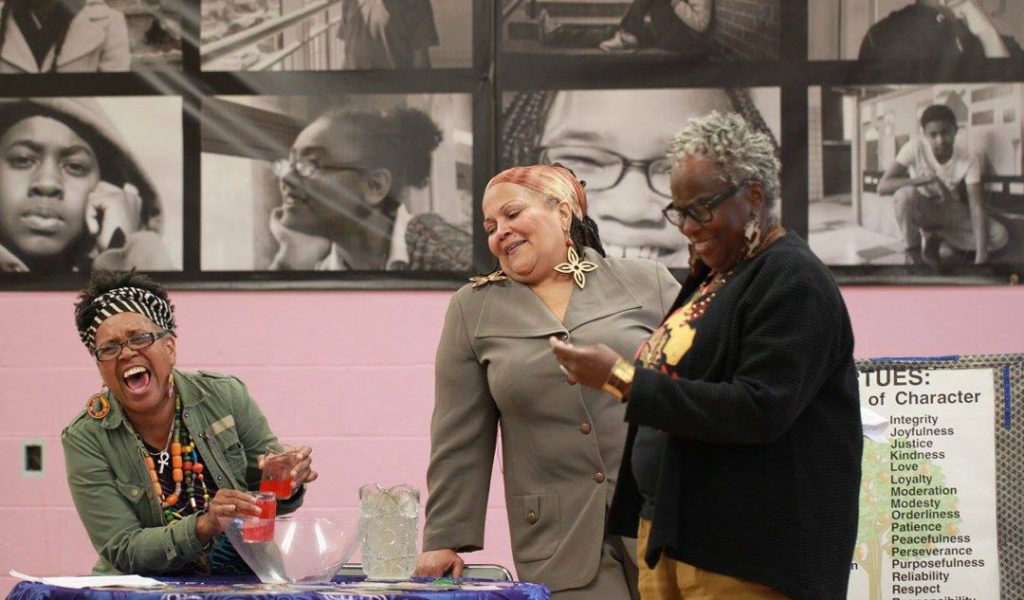 A lot of people, because my knowledge of neighborhoods, would start to seek out my advice on different things from civic perspective, social perspective, and political perspective so, it [being on the grantmaking committee] helped in all three of those areas.
– Blaine Griffin, former Neighborhood Connections Committee Member and Executive Director of the Community Relations Board for the City of Cleveland

A Gateway to Government

Blaine Griffin was a committee member of the pilot Neighborhood Connections grantmaking committee, a grassroots grantmaking program of The Cleveland Foundation. He now sits as the executive director of the Community Relations Board for the City of Cleveland, an agency that works to improve cross-cultural relationships, and he says his experience on the grantmaking committee played a role in his journey from grassroots activist to executive director. Mr. Griffin notes that one of his favorite aspects of the committee work was the opportunity to explore neighborhoods that were not his own. Griffin, who resided in a neighborhood on the east side of the Cuyahoga River, was traveling to neighborhoods on the west side of the city to attend events and monitor grantees. Because of this exposure, community members came to see him as an expert on neighborhoods across the city and began to seek his knowledge. Today, Griffin shares knowledge as a representative of city government and is reminded that his experience on the committee expanded his Cleveland landscape. Listen to his interview to hear more about his journey and his opinions on what makes a good grantmaking committee member. (hyperlink to podcast)

A Stepping Stone to Higher Education

Two years ago I was elected…and when I began serving there I thought maybe I should go to school and learn a little something about the people I am trying to serve and enrolled in the community college’s urban planning program and I will tell you my family is amazed.
– Dawn Wilson, Former Panelist/Change Maker for Good Neighborhoods, Prevention Network

Dawn Wilson, mother of five and member of the Brightmoor Neighborhood in Detroit, is widely known around town at Cuddles the Hip Hop Clown. For fifteen years, Ms. Wilson has been bringing laughter to children and adults alike clowning around Detroit. When the Good Neighborhoods grassroots grantmaking program began in 2006, Wilson attended an informational community meeting. There, program director Lisa Leverette [hyper link to GRGM interview with Lisa], who was familiar with all the clowning Dawn was doing in Brightmoor, recruited Wilson to the resident grantmaking panel. Good Neighborhoods is a youth-centered grants program and Wilson says, “because I had spent most of my life bringing laughter to children it was such a blessing to do it on a larger scale.” Four years after joining Good Neighborhoods, Wilson was elected as a board member to her community’s board while continuing to serve on the grantmaking committee. The two positions energized her to pursue an associate’s degree in urban planning. Looking back on her journey she reflects, “this work has inspired me to go back to school and this work is opening my eyes to see the pain and the troubles we are facing and I am trying to be a light in this neighborhood to transform the visions of my community.”

As a Professional Development Tool

The [Cleveland] Foundation team that ran that pilot committee was very, very good about facilitating the process. It was a consensus-based model, which was important – made everyone feel very bought in. Everybody felt their contribution was valued and we got to talk through any issue that seemed important to how that committee’s work became established and how the guidelines grew, but there was also an ability to move the process forward and keep it directed on action items. It was a very, very effective process and I learned a lot, not just about our grantmaking goals, but about committee work just from being involved in it. It was a great professional development experience for me on all kinds of levels and I really appreciated that.
– Sarah Gyorki, member of the Neighborhood Connections Grantmaking Committee, The Cleveland Foundation

A Pathway to A Community Connection

It impressed me, the degree to which people are concerned with how applicants are treated and how these grants go forward. Being on this committee has really opened my eyes to how much people really care about their communities. You don’t see that when you’re out there as one little tiny piece and especially with what I do [spay and neuter feral cats with Trap-Neuter-Return of Warren]…I didn’t really get the whole picture of all these different things that all people in the community are trying to make changes. The grantmaking committee is a big part of that and it really makes you feel good to be a part of it.
– Corky Stiles

To hear more from Corky and Sybil about their experiences on the Neighborhood SUCCESS grantmaking committee listen to their interview. 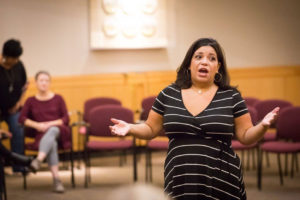 From Service to Social Change: Making It Real in 5% Shifts (Recording & Materials) 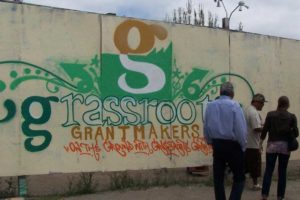 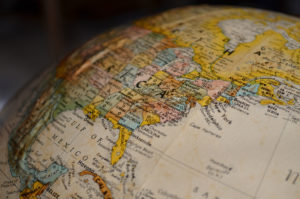 Everything You Want to Know About Hosting an On The Ground